In 2016, IKEA opened its second mega furniture store in Cheras (which is the BIGGEST IKEA STORE with 42,000sqm) after the success of its first one in Mutiara Damansara.

On the second day of the Chinese New Year, my wife and I visited this new outlet for the first time to check it out.

Imagine such a country with a population of only 10 million people have given us world famous brands like Ericsson, Volvo, Electrolux and IKEA!

Sweden’s economic strength lies in its Engineering Industry which accounts for 50% of its Output and Exports. Lesser known fact is that Sweden is the ninth-largest arms exporter in the world.

The history of IKEA in Malaysia started in 1996 with a retail outlet inside Bandar Utama shopping mall. In 2003, IKEA moved to its own store in Mutiara Damansara which was the largest IKEA store in Asia at that time. Then, in 2016, IKEA Cheras was born which is astonishingly 20% bigger than its predecessor.

If you’ve visited the Mutiara Damansara store, then you would recognise the same floor layout in this new store from the basement parking right to the checkout counter. I’m sure that the regular IKEA shoppers could walk through both stores in their sleep😴🚶

Kids probably hate following their Parents for furniture shopping, but at IKEA, the children are in for a treat because there is a big play zone and happy meals to keep the kids preoccupied, while Mamas and Papas shop around. It’s very easy to spend 3 hours browsing and shopping without noticing the time because there is so much stuff to see and do.

Basically, there are 3 food sections available :-

On that particular holiday, the whole place was packed to the brim with shoppers, and every service counter had a long queue.

In the end, I ordered beef meatballs with mashed potatoes, lotus leaf rice and a side order of french fries.

The Nordic food tasted great and the price was very reasonable. In fact, I wouldn’t mind coming again just for the food, but definitely on a less busy day…

We spent the next two hours browsing through the actual store; touching and testing many of the displayed furnitures. Don’t expect to see additional new designs here because the available items are the same as the one in Mutiara Damansara outlet. Though, there may have been more minor items and accessories to fill-up the extra floor space in Cheras. However, the key items remain the same in both stores.

Next to IKEA, I noticed that another new mega shopping mall called ‘My Uptown’ is nearing completion. Now, there is already a long queue of cars entering the IKEA parking basement. So, I imagine that the road traffic will be nightmarish once the new mega mall is opened. Nevermind, at least, you can fantasise about delicious Nordic Nosh to calm your rattled nerves….

The furniture was sold in pieces and was meant to be assembled by the customers. The entire IKEA business concept was based on this desire to offer a wide range of well-designed, functional home furnishing products at prices so low that as many people as possible would be able to afford them.

The business concept is achieved by combining function, quality, design and value – always with sustainability in mind.

However, IKEA believes that its low prices must not be at the expense of people or the environment. It incorporates environmentally friendly efforts into its day-to-day business and continuously supports initiatives benefiting causes such as children and the environment.

In 1951, the first IKEA catalogue was published with only 68 pages. Seven years later, the first IKEA store opened in Sweden. To date, there are more than 366 IKEA stores in 47 countries, including 2 in Malaysia. 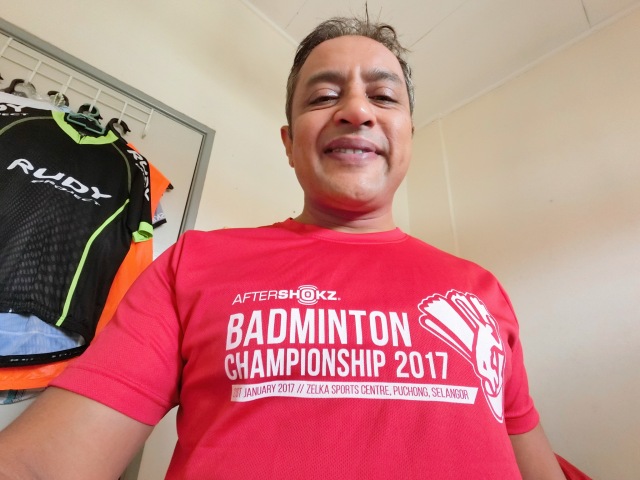 Hi:) My name is Gus and I am a Fitness Coach who enjoys outdoor adventures. In particular, I like to run marathons & ultra marathons, and compete in triathlons and century rides for fitness, fun & friendship. My passion is to motivate my friends to exercise more so that they can live life to the fullest. The purpose of this blog is five-fold:- 1) I find writing very therapeutic & beats paying for a psychiatrist to keep sane 2) I like to share & inspire others into engaging in any healthy pursuits 3) This is a great way to keep track of my progress in all my sporting endeavours 4) This also keeps me honest & spurs me on to do more 5) Even if you are a couch potatoe, I hope you will find my entries entertaining and/or informative. In summary, this blog is helping me help others help myself...get it?
View all posts by Gus Ghani →
This entry was posted in 2017, Casio Exilim Malaysia, Food, Food Blog, January, Kuala Lumpur, Lifestyle and tagged Cafeteria, Cheras, Food, Furniture, IKEA, lifestyle, Meatballs, Shopping, Smoked Salmon, Store, Sweden. Bookmark the permalink.