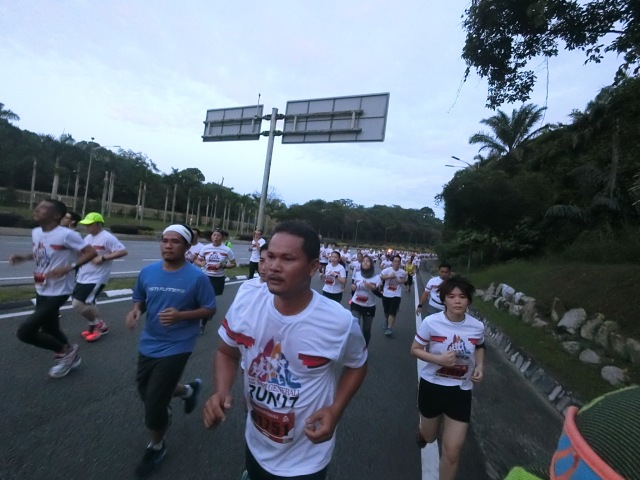 It is great to see Running Events that ‘Walk The Talk’, and this year’s MPI Generali Run delivered a match-winning Home Run with their recent spectacular running carnival which thrilled thousands of runners at Padang Merbok.
The words that MPI Generali Insurance CEO Oliver Tan had uttered during an earlier press conference, “We strive to be the best mid-sized running event”, echoed in my mind as I realised that this was indeed the best mid-sized run in town! It was superbly organised, thoroughly enjoyable for the participating competitive runners and fun runners alike. 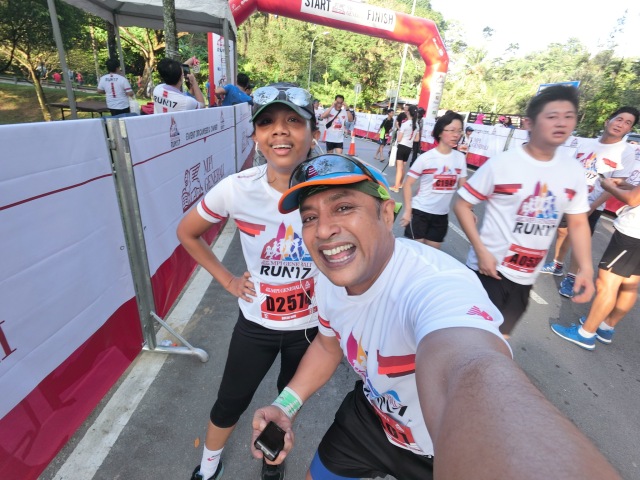 This is precisely the kind of successful event which my wife Maryati and I needed to kick start our new running chapter in 2017.

Swag To Brag
Apart from excellent goodies for runners like chunky medal, stylish running T-shirt, waist pouch, ice-cream, Milo, breakfast cereal, popcorn, candy floss, the event day itself was superbly managed before Flag-off, during the run, and at the post-race carnival. 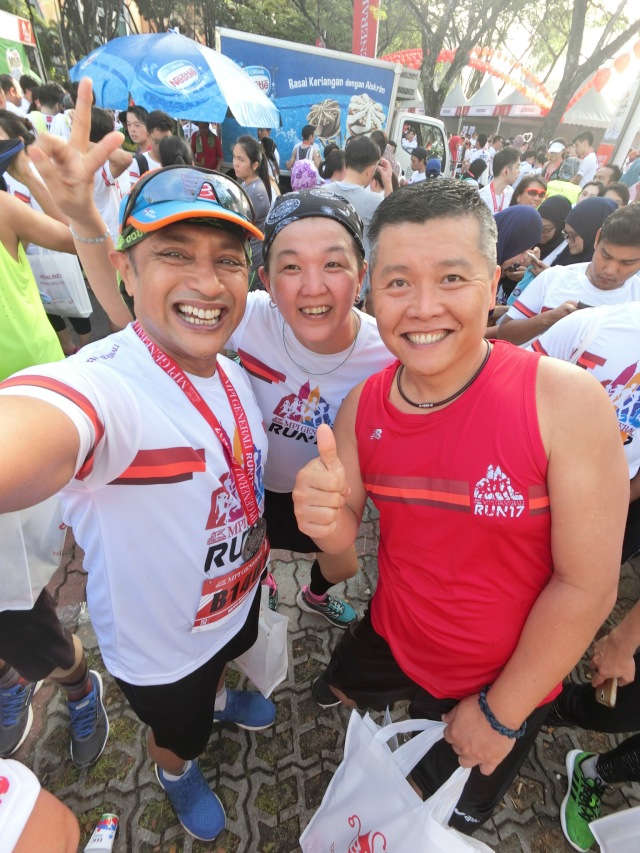 Enough Elbow Room
The venue layout was designed well which optimised the use of the Padang Merbok Parking Space, and hence, facilitated the smooth flow and inter-mingling of 4,000 happy runners.

Donating pre-loved Tees and shoes to the Orang Asli Communities.

Leading The Way
Dang, it is a double-edged sword to be spoilt with such a terrific event because other fun runs will fall short in comparison. But, I’m not complaining. On the contrary, I hope other Event Owners would follow suit and aim as high as MPI Generali when it comes to giving runners a top quality mid-sized running event.

The X-Factor
Of course, it takes precision planning, abundance of resources, and great support from Sponsors and Event Partners to pull-off a top-class event. What’s less obvious is the phenomenal amount of work carried out behind-the-scenes by the project team of professional and dedicated staff to achieve success. I was fortunate to meet them, and I was most impressed by their total commitment and genuine sincerity to be the best host and to organise the best run possible for the runners. 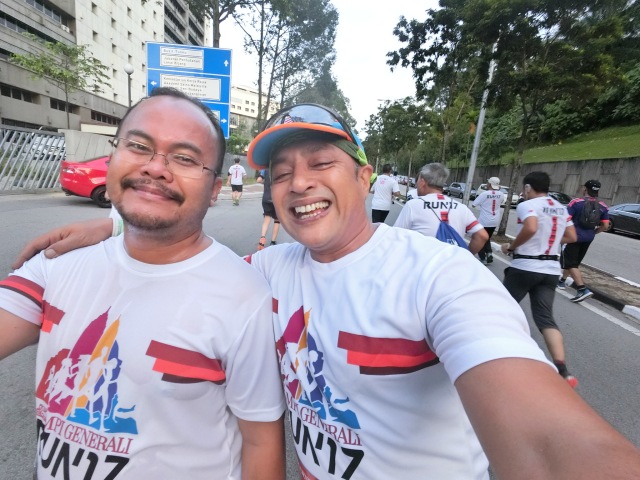 Getting  healthier  together  at  MPI Generali  Run 2017

•  Project  Good Deeds  collected  177  pairs  of  sports  shoes  and  950  tees
Kuala Lumpur  –  Princes  and princesses  were sighted at  Padang Merbok  yesterday  but instead  of  running  late  for  a  ball,  they  were running to get  healthier  together  at  MPI Generali  Run 2017.
The  sixth  annual  community  run  of  MPI  Generali  Insurans  Berhad  features  a  5km  fun category  in which  participants  got  to dress  up as  Prince  and  Princess  to race while keeping  fit  at  the same  time.  Family  members  and friends  who prefer  a  more relaxing exercise opted  for  the  3km  Fun  Walk.
The  Run’s  10km  category  catered  to  the more  competitive  runners.  In  total,  the  Run attracted over  4,300  runners.    With participants  from  all  walks  of  life,  the Run treated them  to  a  carnival  at  Padang Merbok  Car  Park  where  they  were  entertained  by  balloon sculptors,  bubble performances  and  cosplayers  ready  for  wefie  opportunities.
Booths  of  sponsors  and  partners  were also  set  up  offering great  deals  like special discounts  and  post-run massage.  Snack  stalls  offering tidbits  like popcorn and cotton candy  completed the family  day  atmosphere.
Before  the  prize-giving  ceremony,  participants  took  up  the emcee’s  cue  to  remain motionless  for  a Mannequin Challenge  video.
💚Participants  also  got  the chance to be eco-friendly  and do a  kind deed  by  donating their pre-loved  sports  shoes  and tees  to Project  Good Deeds.  Seeking to reduce the impact of  solid  waste  on  the  environment,  the  CSR  initiative  successfully  collected  177  pairs  of sports  shoes  and  950  tees  for  the Orang  Asli  community. The Run returned to its  mainstay  Padang Merbok  as  the routes  remain a popular favourite  among both  amateur  and  seasoned  runners.
📆Project  Leader  Jayne  Liew remarked:  “All  these  years,  MPI  Generali  Run  has  been  associated with the  hilly challenge and  scenic  city  view  of  Padang Merbok.  We have not  settled on the location for  our  next  MPI  Generali Run.  All  I  can assure  you  is  we will  strive to live up to our established reputation  as  a  well-organised and fun-filled Run.” The next  MPI  Generali  Run is  slated to happen  on 13  January  2018.  MPI  Generali  will continue  introducing  new  concepts  to  the Run  so that  community  members  can better enjoy  starting  the year  on a  healthy  footing.
🏆The  Run  Organiser  takes  this  opportunity  to  congratulate  all  the  Race  finishers especially  the Champions  of  the four  categories:  James  Karanja  (10km  Men’s  Open), Vadiveelu  Arumugam  (10km  Men’s  Veteran),  Manissha  Arokiasamy  (10km  Women’s Open)  and Yuan Yu Fang (10km  Women’s  Veteran).   The Organiser  would also like to  thank  all  the  sponsors  and partners,  MPI  Generali employees,  business  associates,  volunteers,  corporate  supporters  and  all  runners  for taking part.
😍The  Organiser  welcomes  having more  sponsors,  partners  and  corporate  supporters  for MPI  Generali  Run  2018.  Those  who  are  interested  may  contact marcom@mpigenerali.com.
MPI  GENERALI  INSURANS  BERHAD MPI  Generali  Insurans  Berhad (“MPI  Generali”),  formerly  known as  Multi-Purpose Insurans  Bhd,  is  a strategic  partnership between Multi-Purpose Capital  Holdings  Berhad, which is  a wholly  owned subsidiary  of  MPHB  Capital  Berhad,  a public-listed  company, and Assicurazioni  Generali  S.p.A.,  one  of  the largest  global  insurance  providers  with  a rich  heritage going back  to  1831.  MPI  Generali  Insurans  Berhad’s  core  business  is underwriting  of  general  insurance.
MPI  GENERALI  RUN MPI  Generali  Run  is  an annual  run designed to help the community  get  healthier together.  Kickstarting the  local  running  calendar  since  2012,  MPI  Generali  Run  has established a  reputation  as  a  well-organised  and  punctual  event  with well-designed run routes  as  well  as  a strong following comprising  both  new  and  seasoned runners. MPI  Generali  Insurans  is  proud to  position itself  as  the  pioneer  general  insurer  in organising  a community-based run  in Malaysia  and  including  the run in its  CSR programme.   The theme  of  Healthy  Lifestyle  –  Work-Life Balance remains  a relevant  theme  in today’s   hectic  and more  sedentary  lives.   MPI  Generali  Run  2017  is  the  sixth  in  the  general  insurer’s  run  series  and  will  take  place on  8  January  2017  at  Padang  Merbok,  Jalan  Parlimen,  Kuala  Lumpur. 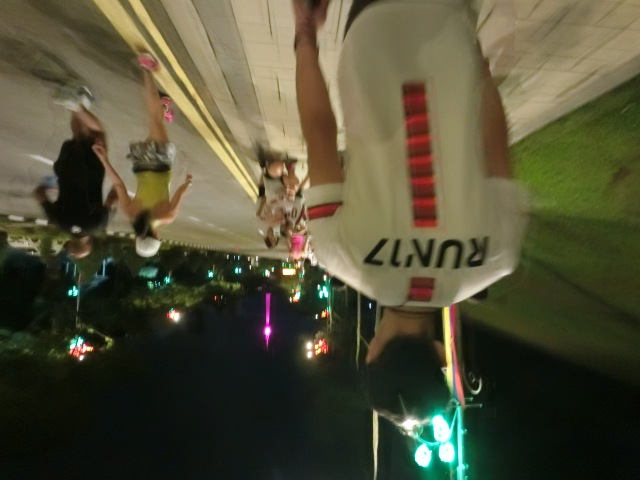 APPENDIX A: THE TOP THREE WINNERS IN THE FOUR 10KM COMPETITIVE RUN 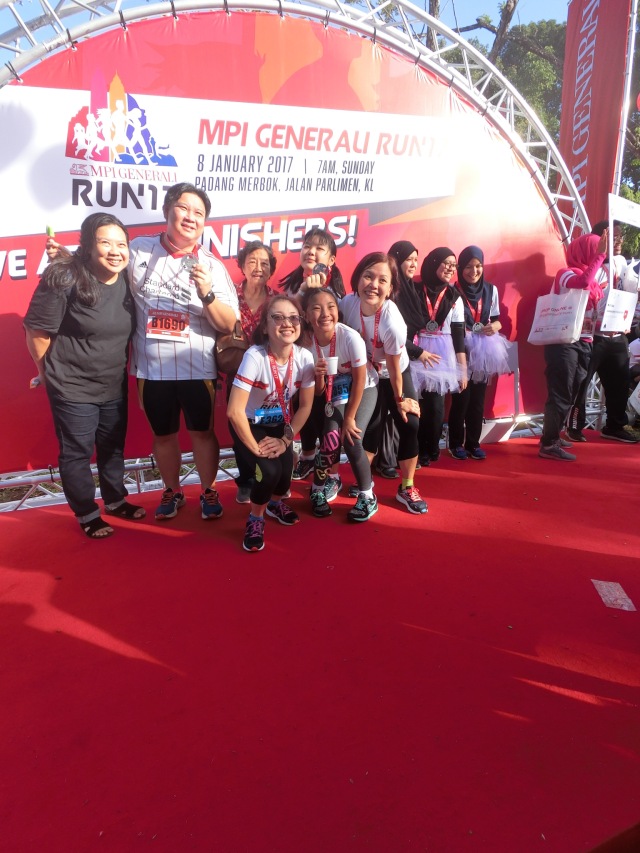 Acknowledgements
Big Thanks to MPI Generali for their invitation to be part of this wonderful running New Year carnival worthy of any runner’s calendar. 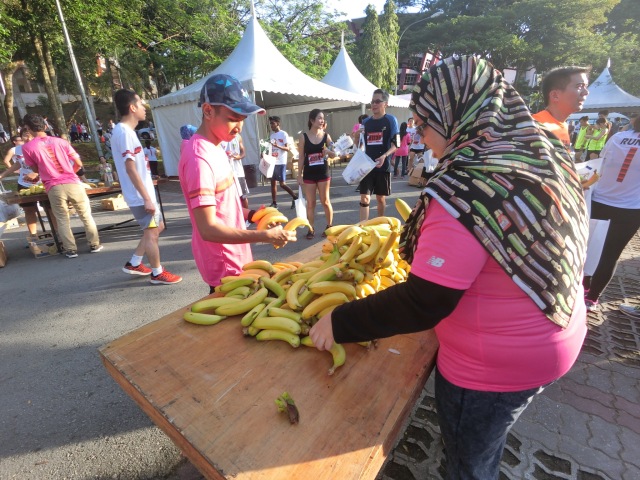 Many well-deserved praises for the superb road marshals, tireless volunteers, and the terrific sponsors. 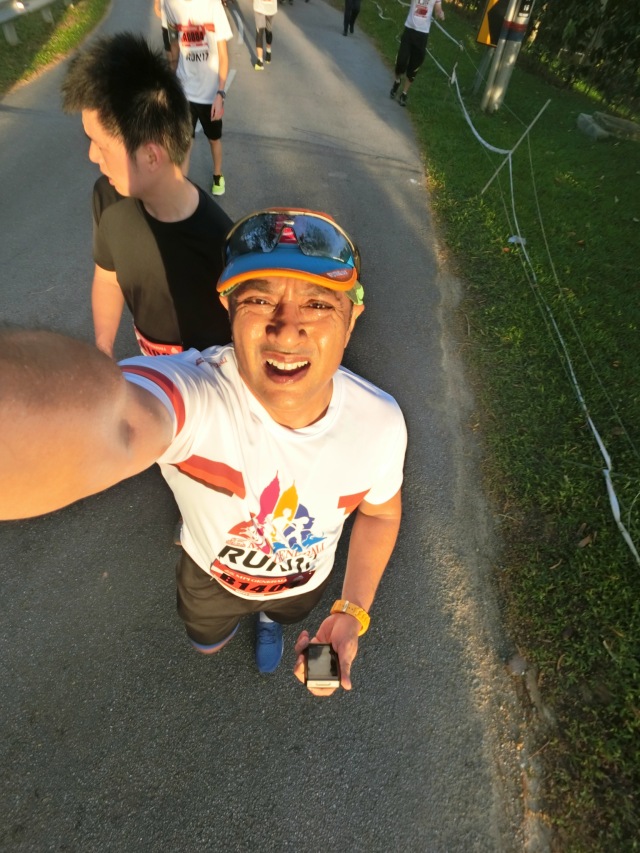 Hi:) My name is Gus and I am a Fitness Coach who enjoys outdoor adventures. In particular, I like to run marathons & ultra marathons, and compete in triathlons and century rides for fitness, fun & friendship. My passion is to motivate my friends to exercise more so that they can live life to the fullest. The purpose of this blog is five-fold:- 1) I find writing very therapeutic & beats paying for a psychiatrist to keep sane 2) I like to share & inspire others into engaging in any healthy pursuits 3) This is a great way to keep track of my progress in all my sporting endeavours 4) This also keeps me honest & spurs me on to do more 5) Even if you are a couch potatoe, I hope you will find my entries entertaining and/or informative. In summary, this blog is helping me help others help myself...get it?
View all posts by Gus Ghani →
This entry was posted in 10km, 2017, 2018, 5km, Carnival, Casio Exilim Malaysia, Charity, Community, Costume, Couple Running, Event, Food, Fun Run, Happy Runner, health, Ice-cream, January, Kuala Lumpur, Media, New Year, Padang Merbok, Party, Race Review, Road Race, Runners, Running Event, Uncategorized, Video and tagged 10km, 2017, 5km, Casio Exilim Malaysia, Couple Running, fun run, happy runner, January, kuala lumpur, Mamee, Media, MPI GENERALI RUN, Nestle, Padang Merbok, Road Race, Running. Bookmark the permalink.