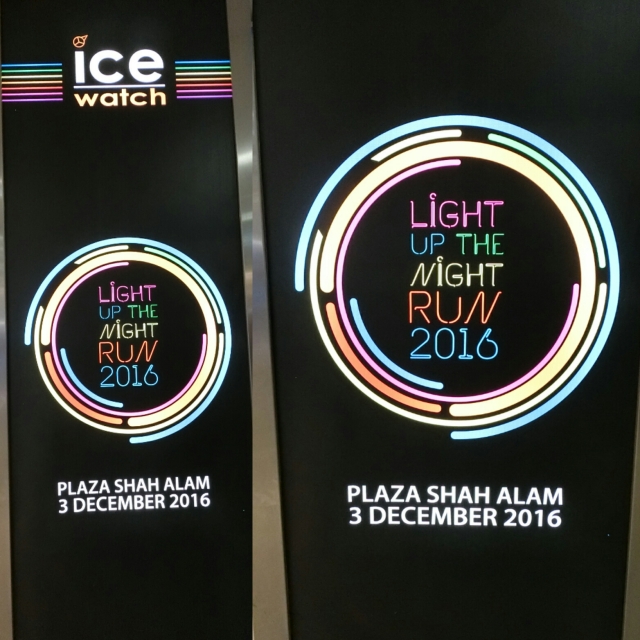 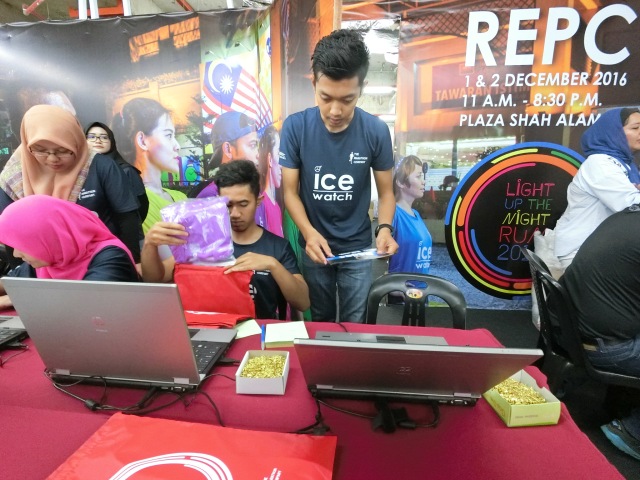 If truth be told, no one, including Event Organiser The Marathon Company (TMC), had expected the number of registrants to virtually double to 6,000 for this second edition of IWLUTNR compared to the 3,500 runners at last year’s debut.

This exceptionally large sign-up rate can be attributed to :- 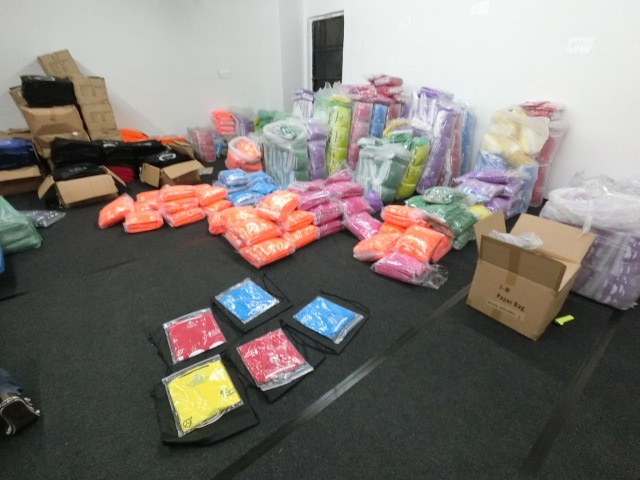 The Marathon Company is building quite a good reputation for itself as a reliable organiser who balances well the interest of the participating runners with the requirements of the Brand Sponsors. 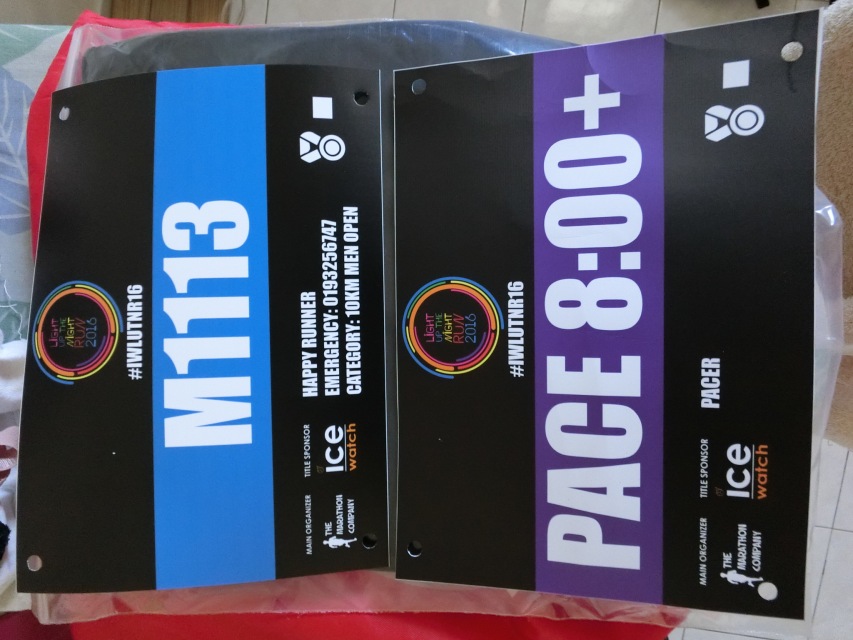 For my second Light Up The Night Run, I was enlisted as one of the Fun Pacers which had proved to be a thoroughly enjoyable and rewarding experience…read on to find-out why?

By giving a choice of 6 different striking T-shirt colours, the runners are able to personalise their night running experience. At the same time,it is more likely that the runners would wear the official Tee during the event when they have chosen the colour themselves. This is also good for the Sponsors in terms of brand exposure. The combination of all the runners wearing bright blue, green, red, yellow, purple and pink T-shirts made for a bright and spectacular display. Although, the Tee colours were different, their same designs still helped maintained semblances of uniformity and unity. 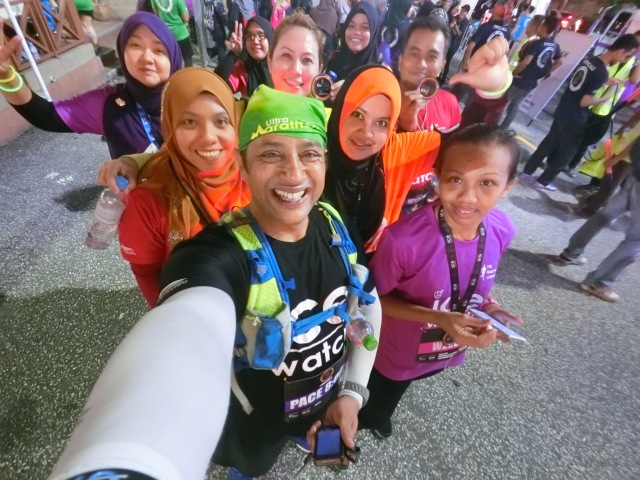 One of the universal appeal of running is the fact that we can all run for our own individual reasons. For my sister-in-law, Marina, who is a two-year Cancer Survivor, she was running for health reasons. While my wife, Maryati, was keen to regain back her running prowess. On this night, I was running for the satisfaction of helping other runners find their pace.

So, if you ask any runner why they like to run, they’ll tell you their personal stories of how running became an integral part of their lives. Once, we are bitten by the Running Bug, it is difficult for us to imagine a life without running after that.

One of the elements which make Light Up The Night Run unique and fun is the presence of the Fun Pacer Team who are entrusted to run at a constant pace of 6 to 71/2 minutes per kilometre which is distinguished by the respective Pacer’s different balloon colours. 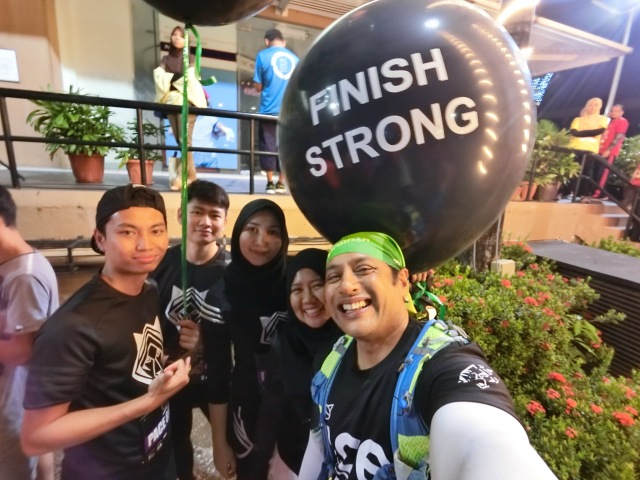 My Pacer Team of 5 runners were assigned a pace of 8 minutes plus per kilometre, and our main duty was to ensure that there were no 10km runners being left behind alone as a safety precaution. 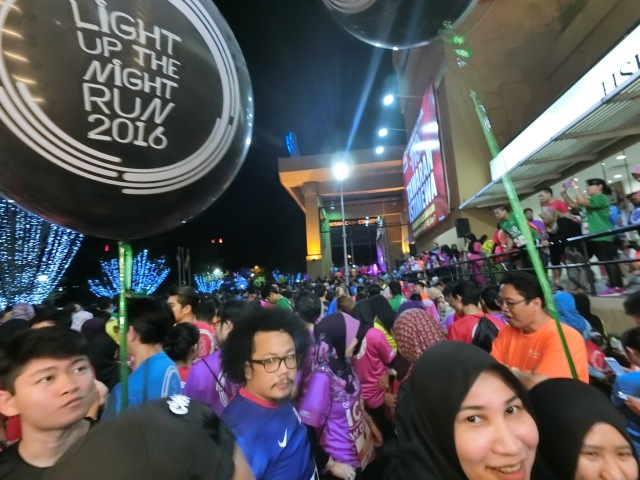 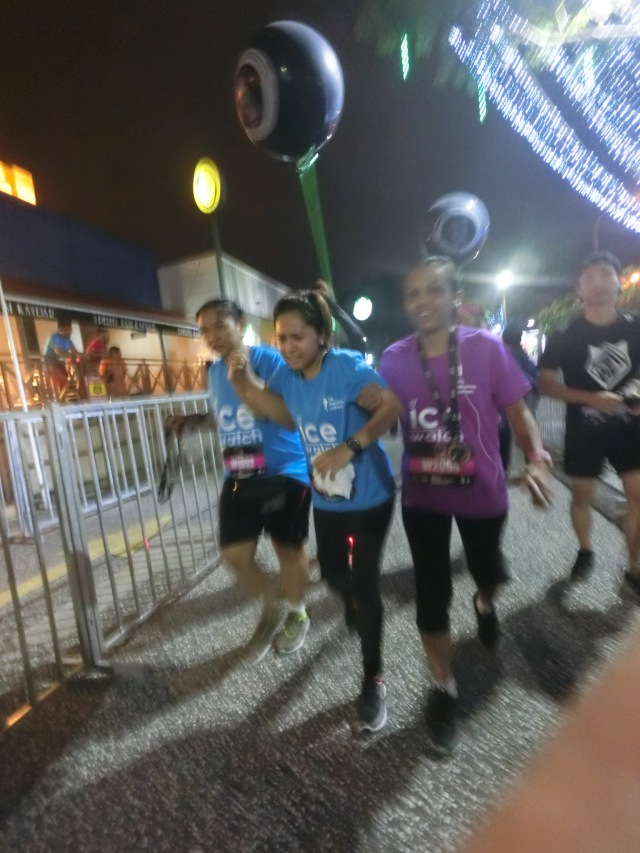 To my surprise, there were a few runners who were unlucky to have injured themselves or had to undergo operation only after they had registered for the event. Rather than forfeit the run, they gallantly decided to join the run anyway. It didn’t matter how slow the runners were, our gang of 5 Sweepers still managed to  patiently accompany them right to the Finish Line. 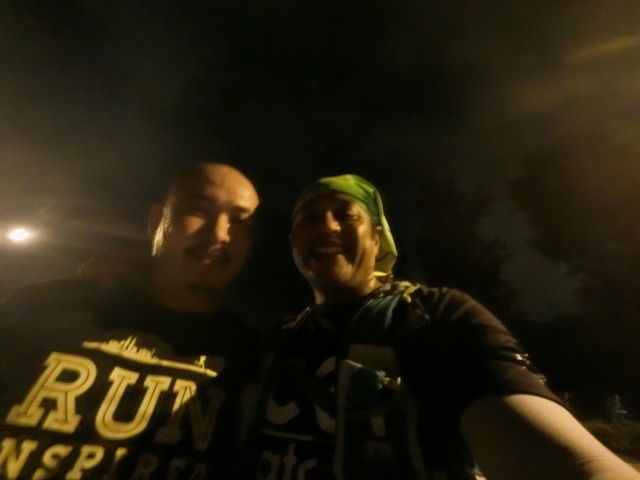 In only my second stint as a Pacer, I realised that being a Pacer is more than being able to run at a constant pace and motivating others. You also need a large dose of patience and empathy, especially if you are a the last Sweeper.

I still have much to learn about the art of pacing, and given more such opportunities, I know that I can improve on my pacing performance overtime. 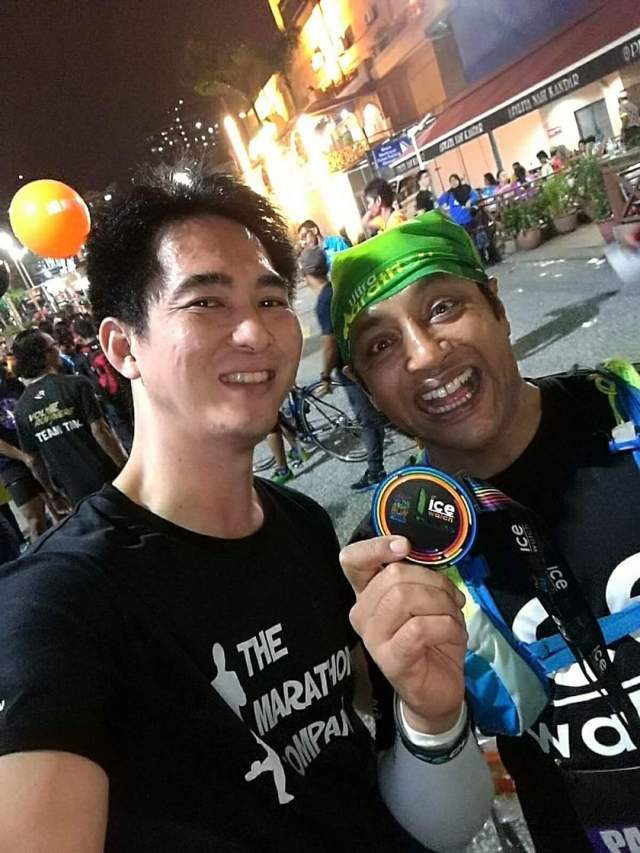 From my standpoint, the venue space was better utilised and the human flow at the Finish Line were better managed than last year. Some people may have found the venue overcrowded, but to me, the crowd adds more buzz and excitement to the post-race party which in turn, gives the atmosphere a carnival-like feel.

The route was straighter and less complicated than the previous year. The stationary and mobile marshals, volunteers and Medics should be congratulated and rewarded on a great job looking after the runners welfare. 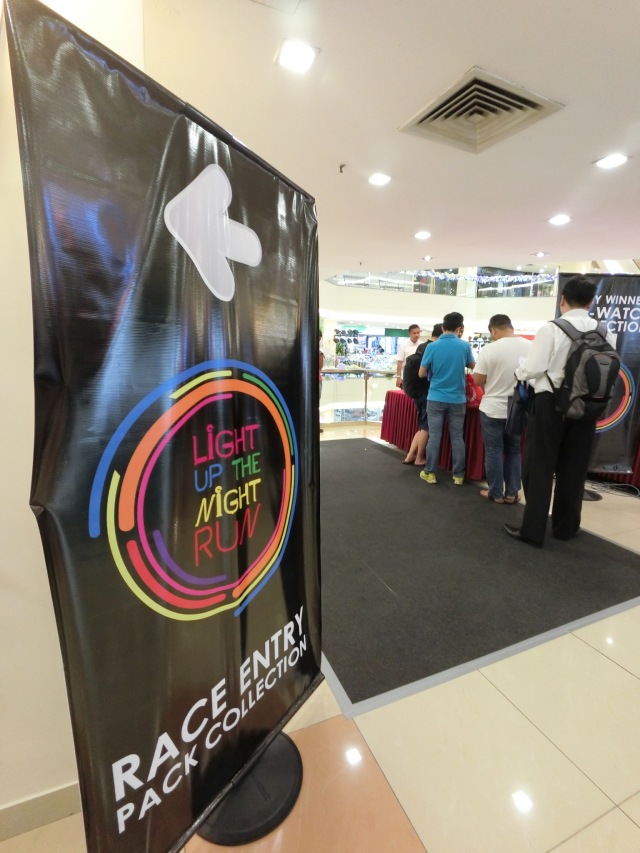 Learn From The Past

It is obvious from the many improvements undertaken that The Marathon Company had listened to the critics of last year’s event and subsequently, TMC has made the necessary adjustments and modifications in order to make this year’s event EVEN MORE ENJOYABLE than last year. Furthermore, from what I read in Race Director Benz’s post analysis, TMC has already identified more areas for improvement which is good news for its supporters. I am sure that many runners, like myself, are looking forward to an even GLITZIER RUN in 2017… 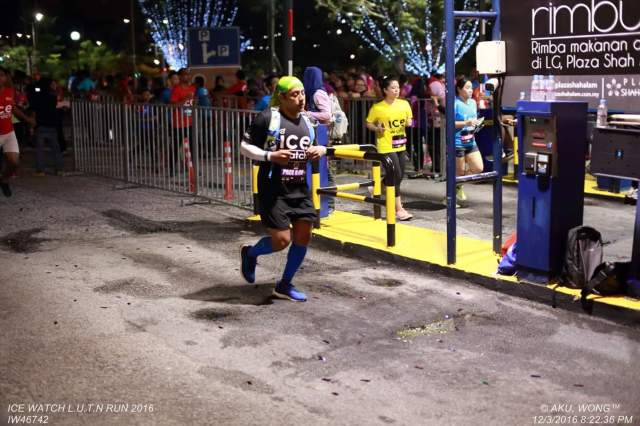 Hi:) My name is Gus and I am a Fitness Coach who enjoys outdoor adventures. In particular, I like to run marathons & ultra marathons, and compete in triathlons and century rides for fitness, fun & friendship. My passion is to motivate my friends to exercise more so that they can live life to the fullest. The purpose of this blog is five-fold:- 1) I find writing very therapeutic & beats paying for a psychiatrist to keep sane 2) I like to share & inspire others into engaging in any healthy pursuits 3) This is a great way to keep track of my progress in all my sporting endeavours 4) This also keeps me honest & spurs me on to do more 5) Even if you are a couch potatoe, I hope you will find my entries entertaining and/or informative. In summary, this blog is helping me help others help myself...get it?
View all posts by Gus Ghani →
This entry was posted in 10km, 2016, 5km, Casio Exilim Malaysia, December, Fun Run, Happy Runner, KAMST, Media, Night Run, Organiser, Race Director, Runners, Running, Running Event, Selangor and tagged 10km, 5km, Casio Exilim Malaysia, fun run, happy runner, ICE WATCH Light Up The Night Run, IWLUTNR16, KAMST, Media, night run, Pacer, Plaza Shah Alam, Review, Running, selangor, The Marathon Company. Bookmark the permalink.